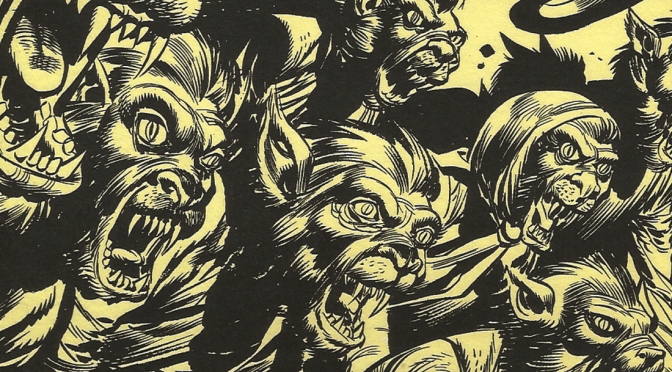 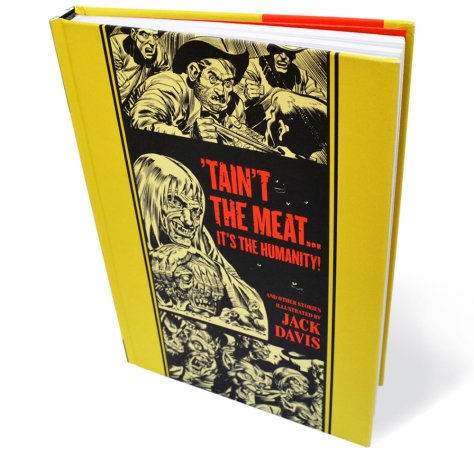 ‘Tain’t The Meat… It’s The Humanity!
and other stories illustrated by Jack Davis

EC attracted a host of talented artists during its short publishing history – Harvey Kurtzman, Johnny Craig, Wallace Wood and Joe Orlando to name but a few – and Davis easily ranks as one of the best of the bunch. (He’s certainly my favourite and this website is named after his story from Tales From The Crypt issue 32). The 25 stories that he illustrated for that title are collected in this plush hardback edition and his artwork counts as some of the best in the medium.

At first glance Davis’ cartoony, brush heavy style doesn’t seem a obvious fit for the horror genre. But like Harvey Kurtzman, who had a similar, looser drawing style (and whose war stories were reprinted in the first Fantagraphics/EC collection, Corpse on the Imjin!), Davis’ style works very well and his attention to detail is terrific, despite having to work within the confines of EC’s strict seven panels a page house style. For example his artwork from Dead Right! (originally printed in issue 37, August-September 1953) shows great attention to both the characters and the various locations in which the story is set. And his splash pages at the start of each story are also greatly detailed, perfectly setting the mood for the story while featuring the Crypt Keeper and a host of other ghastly creatures.

First hired by EC in late 1950 Davis impressed EC Publisher William Gaines and Editor Al Feldstein with both his speed and professionalism and he quickly ascended to Tales From The Crypt, EC’s most popular title, contributing artwork to the comic for over three years while drawing the majority of the covers (which sadly are not reprinted in this collection). 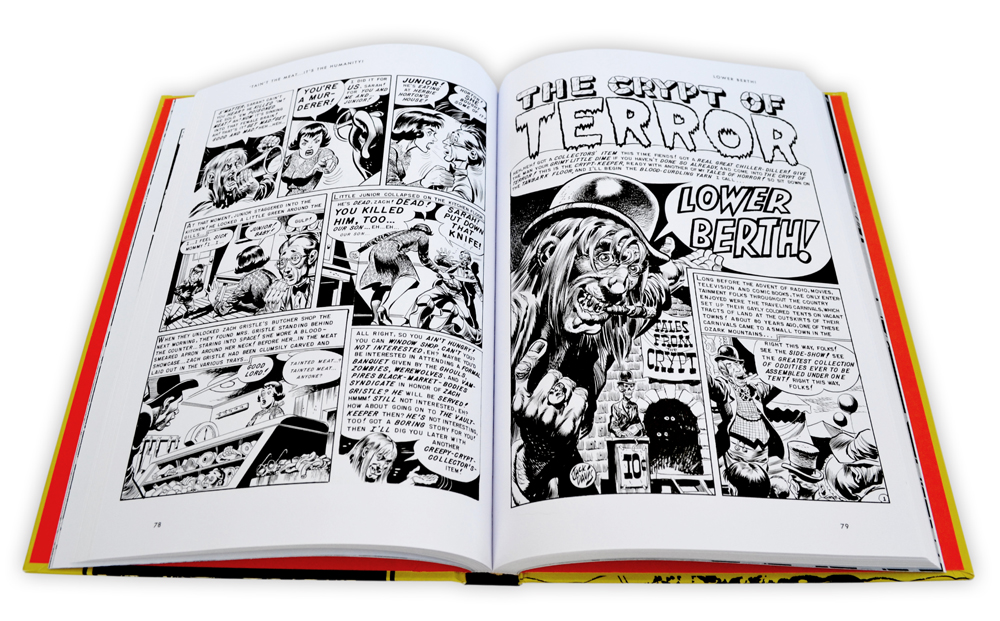 However, as was the case with many of EC’s comics, the quality of the tales themselves fluctuate from story to story. Some, like Gas-tly Prospects! – a murderous claim-jumper is haunted by the  body of the prospector he killed (issue 30, June -July 1952) – work very well while Telescope – a bizarre story about a castaway dieing of hunger – (issue 45, December 1954- January1955) – fare less well. The majority of the scripts were written by Gaines and Feldstein, using news story snippets that Gaines would collect and which he referred to as his ‘springboards’. Many of the Gaines/Feldstein stories are simply over written: on Forever Ambergris (issue 44, October-November 1954) the panel captions are so wordy that Davis has very little space in which to shoehorn his work. Still, he does the best he can and the liveliness of his artwork often makes up for any deficiency’s in the individual stories.

Fantagraphics decision to release The EC Comics Library in black and white, combined with the books high quality of printing, really pays off when showcasing an artist like Jack Davis, who specialised in finely detailed penmanship and brush work. Without the distraction of colour Davis’ work really shines – his artwork for the splash page to Fare Tonight, Followed by Increasing Clottyness… (issue 36 June-July 1953) has never looked better – the level of detail in the Crypt Keeper’s hair is stunning.

As with the other books in this collection Fantagraphics have bookended the stories with text essays discussing the artist and detailing EC Comics’s eventual demise when the Comics Code Authority effectively banned Gaines’ entire range of comics in 1955. There is also a reprint of a rare 3D story from 1953 that has been restored back to 2D.

‘Tain’t The Meat… It’s The Humanity! is a well designed and handsome book that will appeal to all fans of comic book art. Casual fans wishing an introduction to EC’s hugely influential range of comics will find this volume an excellent place to start, while existing fans of Davis will relish owning a volume dedicated to this most versatile and talented of artists. 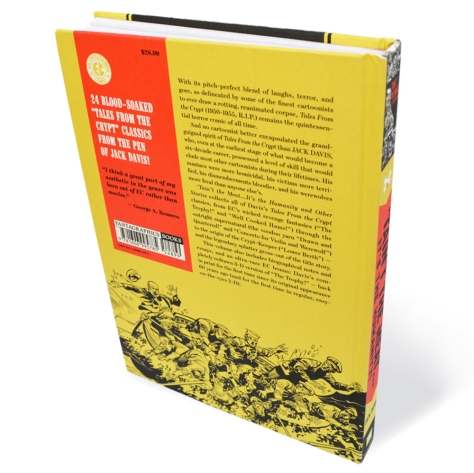