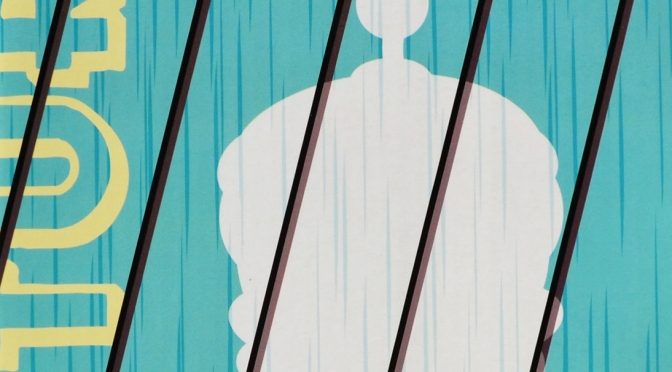 Nibbler (or Lord Nibbler to give him his full appellation) was first introduced in the season one episode Love’s Labours Lost in Space; a seeming unintelligent, ravenously hungry pet alien whose poop can fuel starships. Voiced by voice-acting legend Frank Welker Nibbler quickly became one of the show’s most popular characters, so it’s only fitting that he should receive the oversized Kidrobot treatment.

Measuring six and a half inches in height the toy features articulation to his head and arms and comes with one accessory: his poop filled litter tray. This large version is an almost exact replica of the one from the three inch blind-box collection released by Kidrobot in 2009. 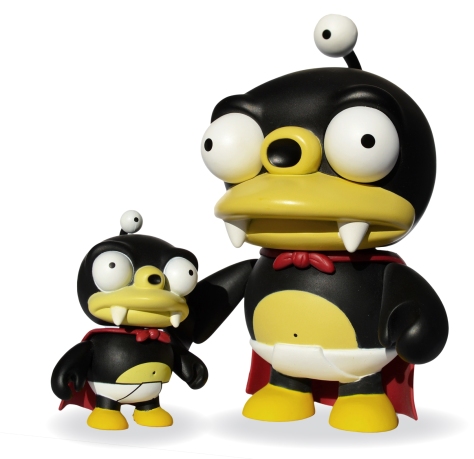 Fans of Kidobot’s other oversized toys will recognise the same well-made, satisfyingly chunky quality that characterises all their figures. And like the other toys in the range, Nibbler ships in his own specifically designed box, which replicates a wooden Planet Express packing crate.

Despite the age of the toy, its limited edition status (and his undeniable appeal) Nibbler isn’t that expensive to track down, selling for around the £/$40 mark on Amazon and ebay. I’m a great fan of the little Nibblonian so picking one up for my collection was a no-brainer (geddit?). For those on the fence about shelling out for the little fella I’ve taken a few photos to help you make up your mind.