A series looking at some of my favourite book covers
and cover artists.

A few months ago I posted an article celebrating the covers of Bantam Books’ Star Trek adaptations from the 1970’s. That post received a fair amount of traction so I thought it might be interesting to post the covers from UK publisher Corgi Books’ reissues from the mid-1980s.

Unlike the earlier Bantam covers, which featured stylised, almost expressionist artwork, Achilleos’ made more use of photographic reference, and as a result the Corgi covers are far truer to the series than their US counterparts. The majority of Achilleos’ paintings work very well: the cover to volume ten (inspired by the episode The Galileo Seven) features a great rendering of Spock; the cover to volume seven (Who Mourns for Adonais?) has plenty of action and his cover to volume nine does a nice job depicting the three principle cast members along with the Enterprise.

A couple of the covers fair less well: on volume six both Kirk and Spock don’t look quite right while on the cover to volume eight Kirk looks slightly constipated. The covers also feature that air-brushed style that was popular in the Eighties. On the whole though Achilleos does a good job capturing the excitement and atmosphere of those classic episodes.

Apart from Achilleos artwork I other thing I recall liking about these covers was the Star Trek logo and Enterprise graphic that Corgi used – very eye-catching. Also, Corgi were in the habit of reproducing the covers to the other books in the collection on the inside front and back covers in colour, a routine fixture today but back in the Eighties it was an unusual, and welcome, feature.

In the mid-Eighties Corgi also reissued some full-length novels inspired by the show, featuring wrap-around artwork by Chris Moore. I’ve looked at them here. 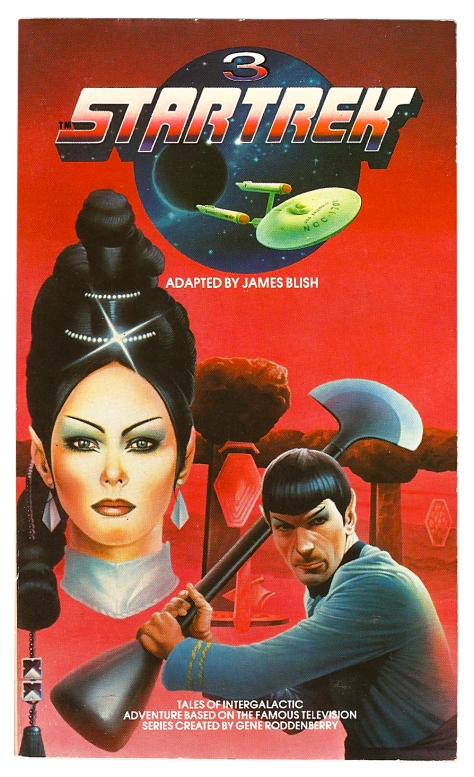 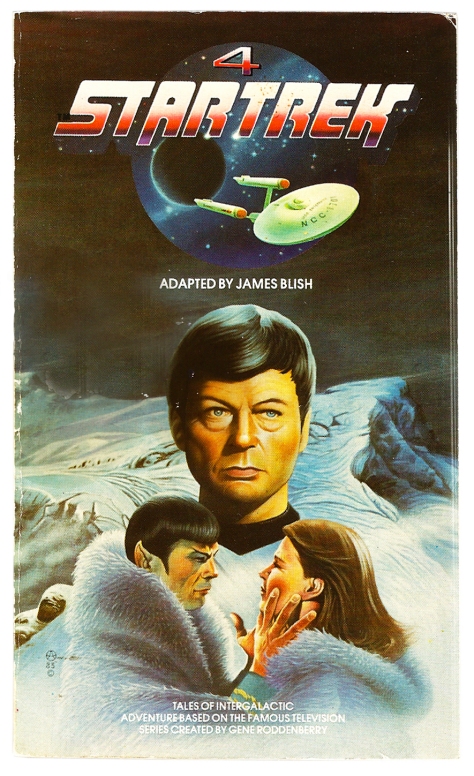 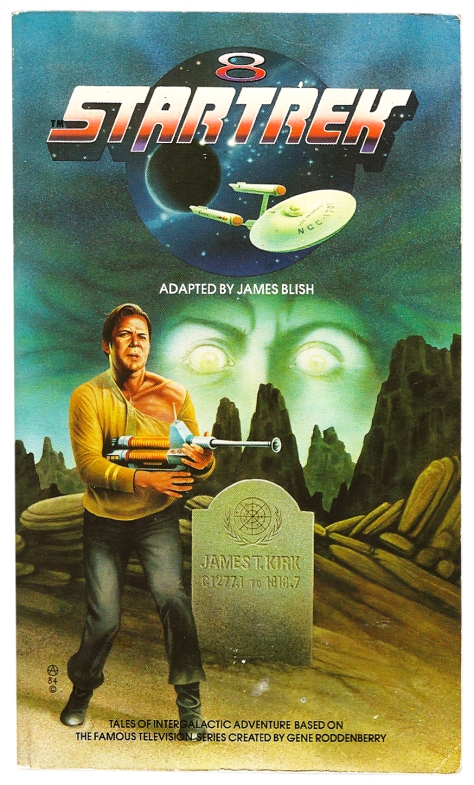 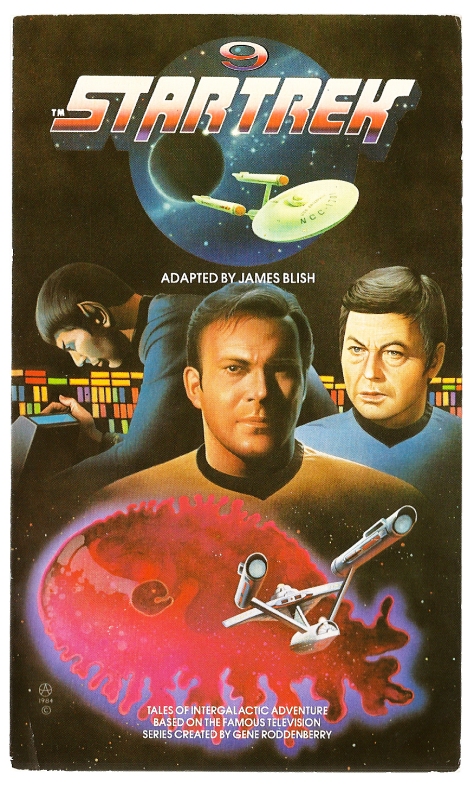