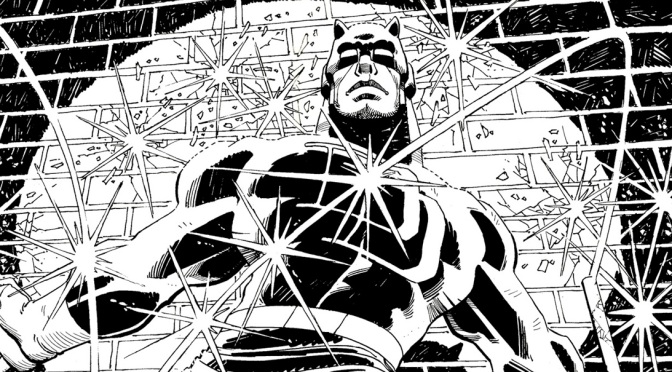 The Daredevil Portfolio by John Romita, JR contained six 30x40mm plates (or planches) printed on thick watercolour stock. The prints shipped in a large cardboard folder that featured embossing on the front cover and a biography of the artist on the inside flap. The collection also contained a sheet of tracing paper to protect the first plate – a nice touch. The portfolio was released as a limited edition (this set is numbered #2,131) and the first Plate is signed by Romita. The portfolio was published under Editions Deesse’s WECBA Portfolio banner and the publisher used the same format for John Byrne’s X-Men Portfolio from 1993 (which I’ve looked at here).

John Romia, JR’s affiliation with Daredevil started in 1988 when, beginning with Daredevil #250 (January 1988), he began a two and a half year stint drawing the character as scripted by Ann Nocenti. But his most celebrated run on the title came in 1993 when he returned to pencil the five-part The Man Without Fear, Frank Miller’s retelling of the character’s origin. Although this portfolio was published two years earlier Romita’s fondness for the character is obvious. This is an excellent collection, strengthened by the high quality paper stock and reproduction.

The Daredevil Portfolio by John Romita, JR is long out of print but copies can still be found on ebay for around £/$30-50. It’s well worth the price. 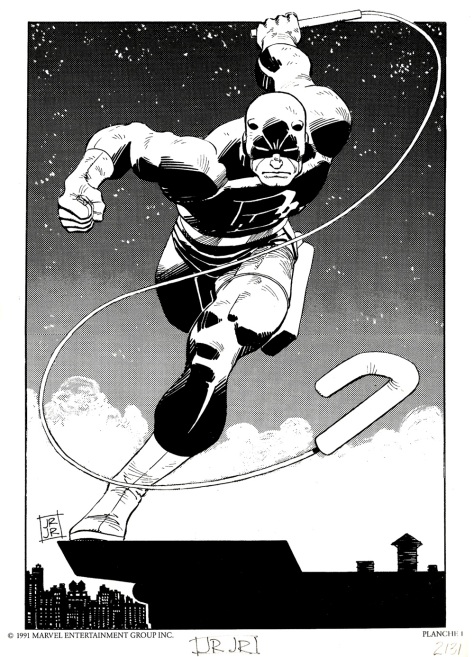