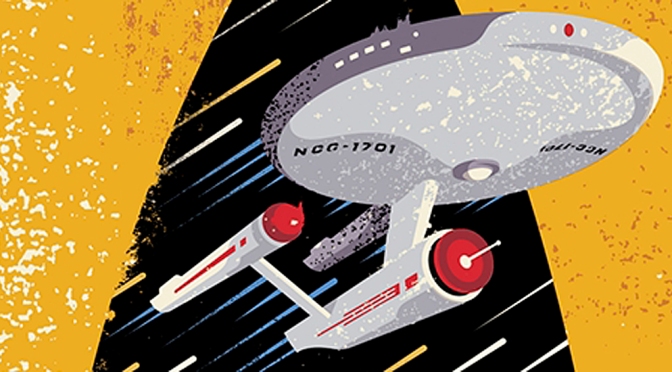 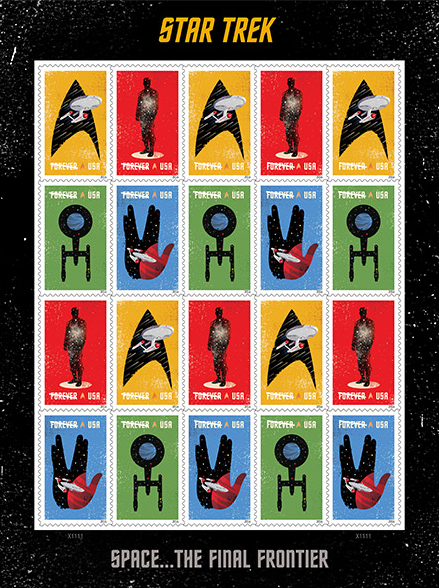 This will come as little surprise to diehard sci-fi fans but yesterday, 8th September, was the 50th anniversary of the broadcast of the first episode of Star Trek. To help celebrate the US Postal Service has released four commemorative stamps saluting the beloved TV show.

The four stamps — part of USPS’ Forever range — were created by Philadelphia-based design firm Heads of State, under the art direction of Antonio Alcalá. And a jolly good job they’ve done too. Each stamp represents an iconic image from the show, rendered in a distressed, yet clean-edged, retro style.

As well as the stamps USPS are also offering first-day issues and franked envelopes, as well as a pane of 20 Star Trek stamps.

According to Postmaster General Megan Brennan, the stamps are dedicated to Walter Koening, who played Pavel Chekhov on the show, as well as the Deputy Director of Science for Communication at NASA and some big wigs at CBS and USPS. Not sure why Koening deserves such special treatment, but there you are… maybe he’s just a really nice bloke.

There are plenty of other celebrations planned for this Star Trek 50th anniversary year but I’m a sucker for a decent set of stamps, and these really are very nice. 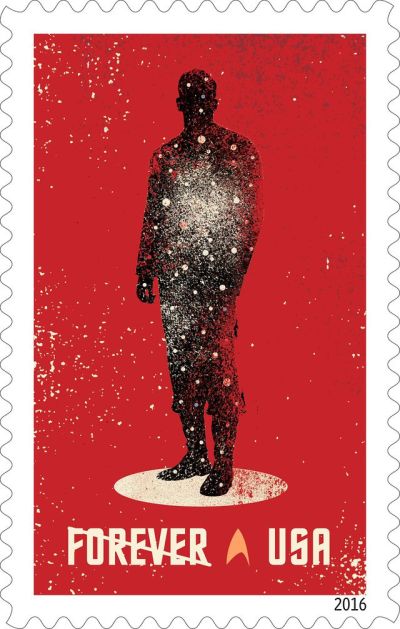 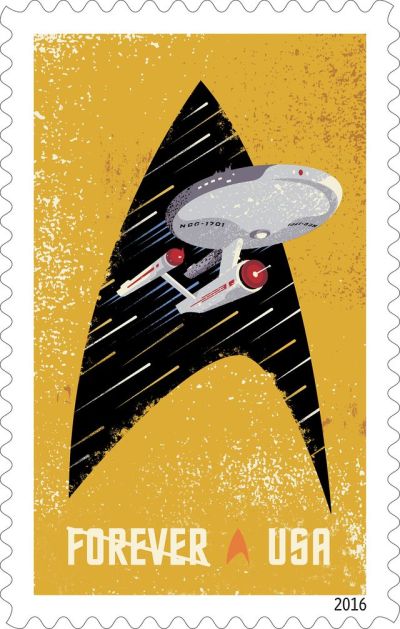 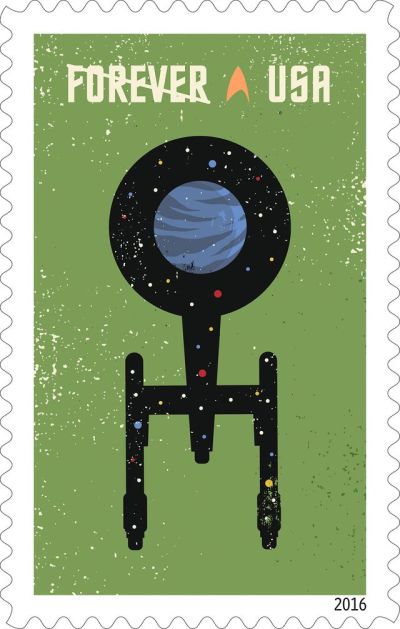