Here are trading cards #41-60 from Frazetta II: The Legend Continues, published by Comic Images in 1993 and featuring the artwork of fantasy artist Frank Frazetta.

Frazetta II: The Legend Continues was the follow-up to an earlier collection by Comic Images, Frazetta. Like its predecessor this set consisted of 90 2.5 x 3.5 inch trading cards that shipped in blind packs of ten. Also included in the collection were six chase cards (three chromium and three spectrascope). The front of each card featured a painting or drawing by Frazetta, with a short — and, it must be said, not particularly informative — caption and pencil sketch on the reverse.

There’s some nice work in this batch of cards, but there’s some dreck too. On the positive side we get The Sacrifice (card #46) which featured a reworked version of the cover to Lancer Books‘ Conan The Avenger. Card #49 (Circle of Terror) originally appeared on the cover of the second issue of Creepy magazine, while #53 featured a suitably atmospheric interpretation of Dracula and Frankenstein that originally appeared on the cover of a Doubleday book from 1973.

Card #54, Two of a Kind, on the other hand is a sadly sexist and rather unpleasant image, and I’m surprised Comic Images included it. I consider myself a Frazetta fan but juvenile crap like this just won’t do (and I’m not a huge fan of Eve, from card #42, either).

Please note: some of the cards feature female nudity. 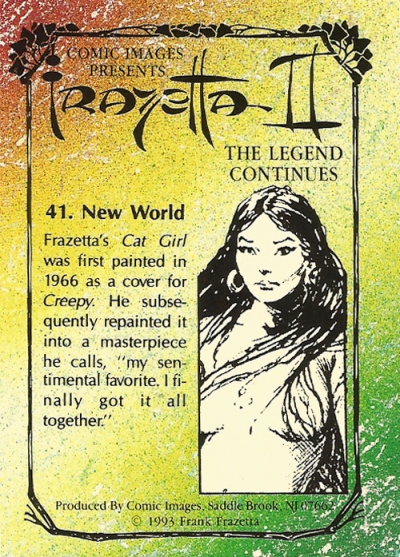 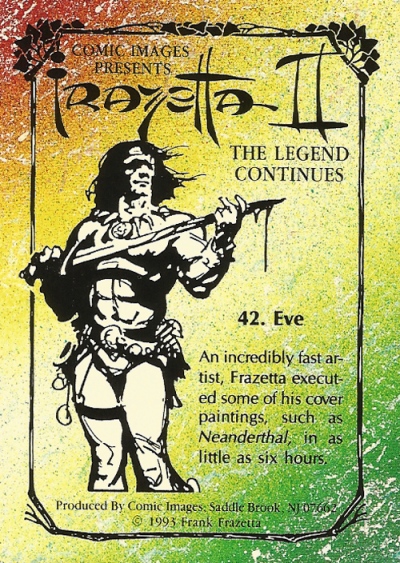 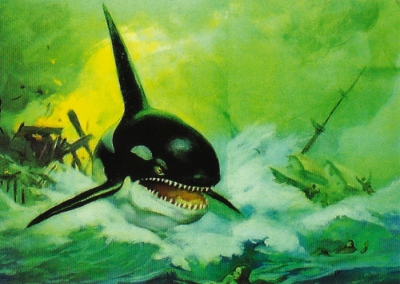 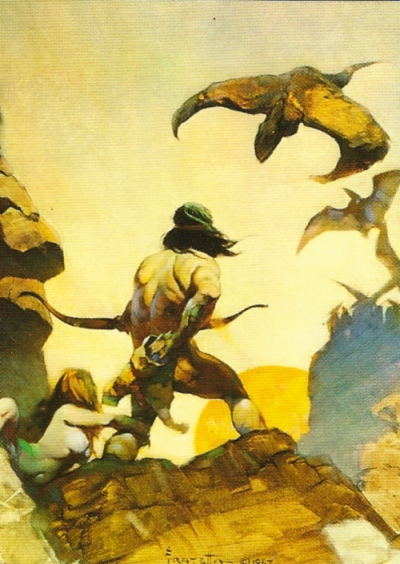 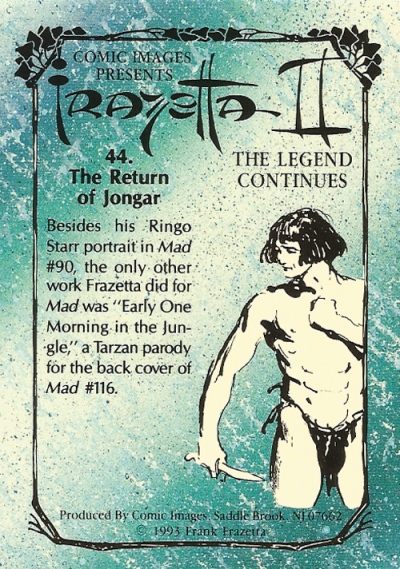 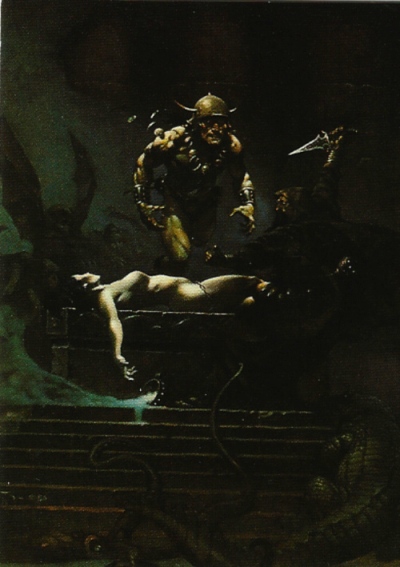 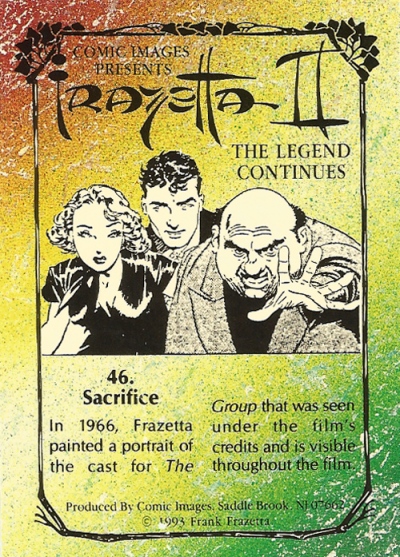 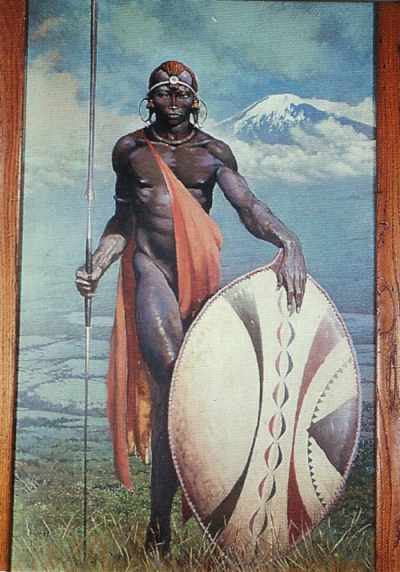 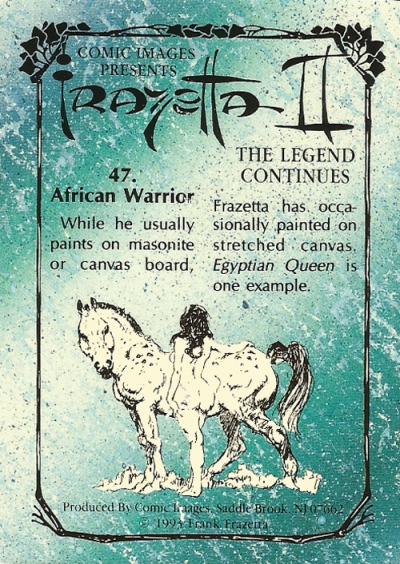 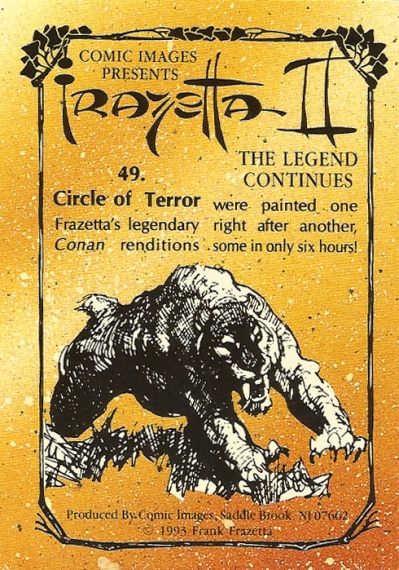 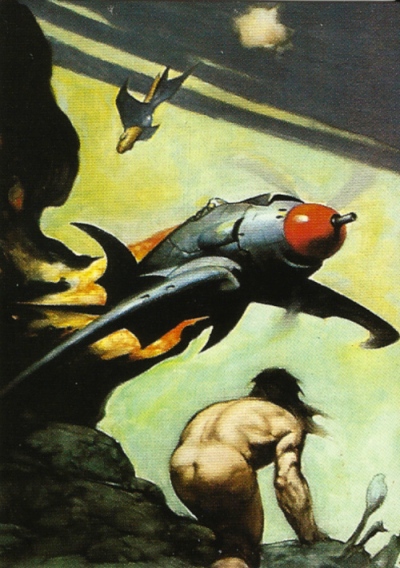 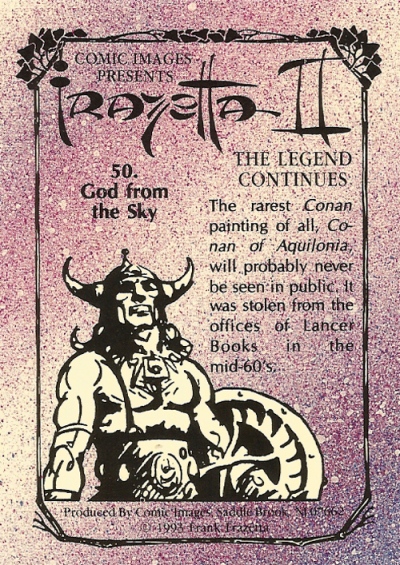 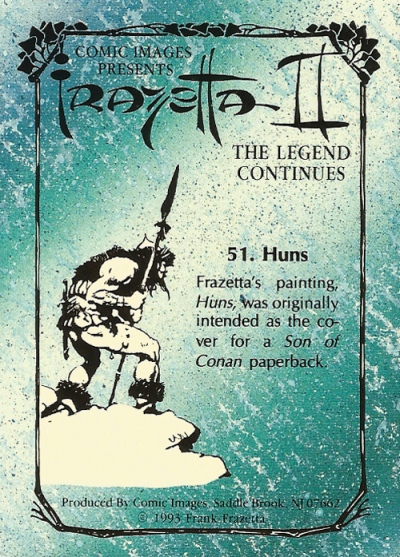 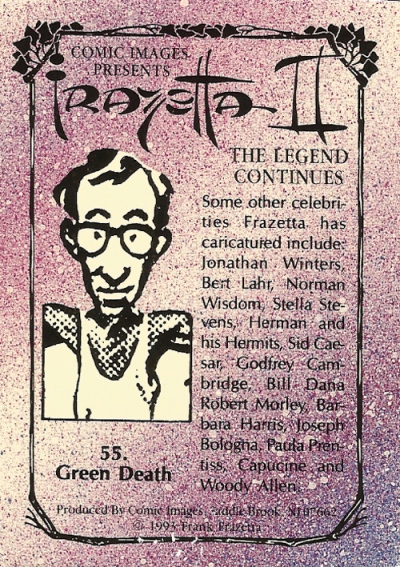 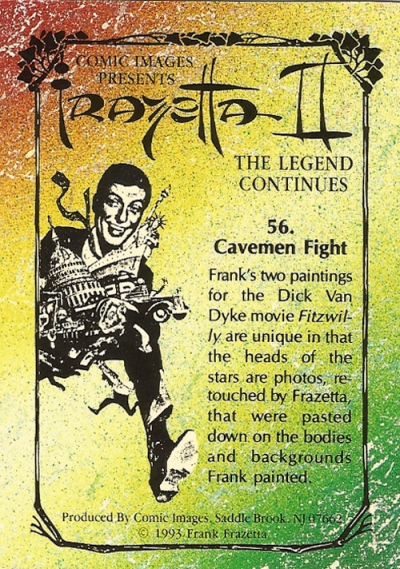 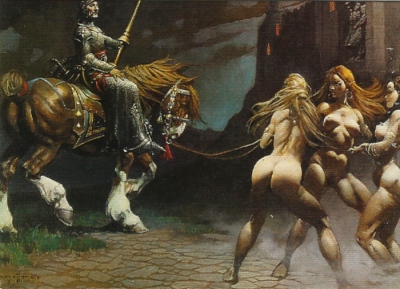 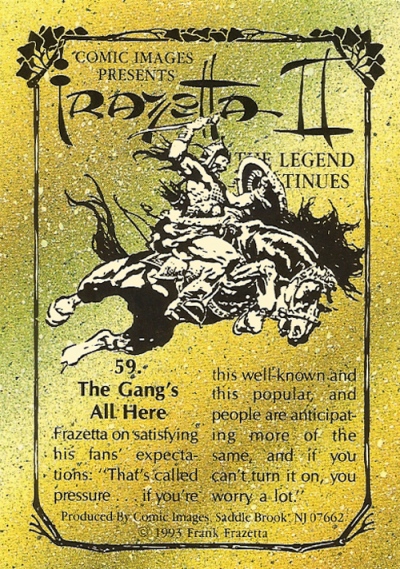