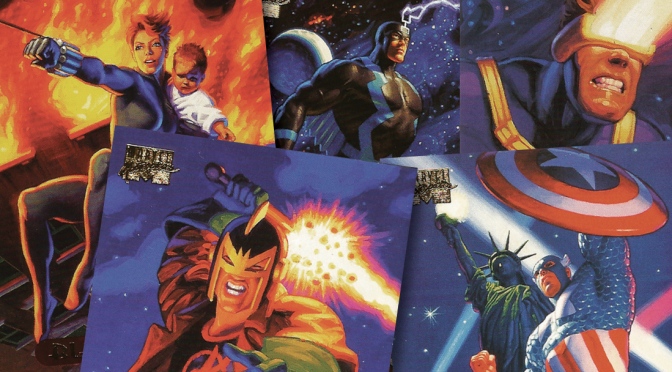 Marvel Masterpieces 1994 Edition was a set of trading cards released by Fleer that featured the painted artwork of two artists whose name has become synonymous with fantasy art: the Brothers Hildebrandt.

Released at the height of the trading card bubble of the 1990’s, the Marvel Masterpieces 1994 Edition comprised painted renditions of some of Marvel Comics’ most popular characters by twin artists Greg and Tim Hildebrandt. The brothers had come to prominence in the mid-1970’s when their calendars based on JRR Tolkien’s The Lord of The Rings had become huge bestsellers. Painting the cover to Terry Brooks’ 1977 bestselling fantasy novel The Sword of Shannara only cemented their position in the premier league of fantasy artists, while their poster for Star Wars brought them lasting international fame.

The Marvel Masterpieces 1994 Edition comprised of 140 cards measuring 2½ x 3½ inches that shipped in blind foil packs of ten cards per pack. Each card featured a full colour painting on one side and a character bio and short (but informative) caption by the brothers on the reverse. Several chase sets were also inserted randomly, including gold, silver, bronze and red holofoils.

There are some great paintings in this first batch of cards. I particularly like the Black Widow card (#9) and the Cyclops one (#25) — the Hildebrandt brothers always imbued their paintings with energy and warmth and the fire effects on both these cards was very well done. I also really like the eerie, alien-looking background to the Black Bolt card (#5), as well as the dazzling colour work on Century (#22).

Here are the first 25 cards in the Marvel Masterpieces 1994 Edition trading card collection, both front and back. I’ll post the next 25 in a week or so (click here), along with some more biographical info on the Hildebrandt brothers. 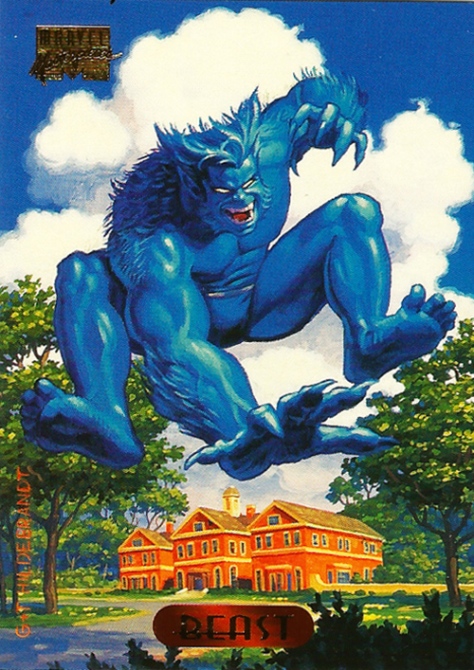 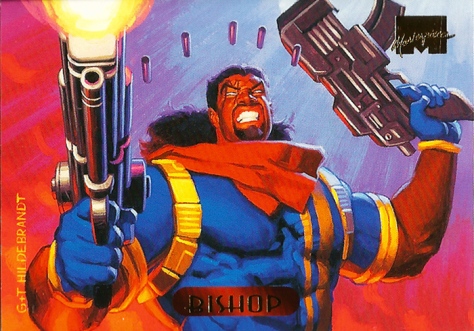 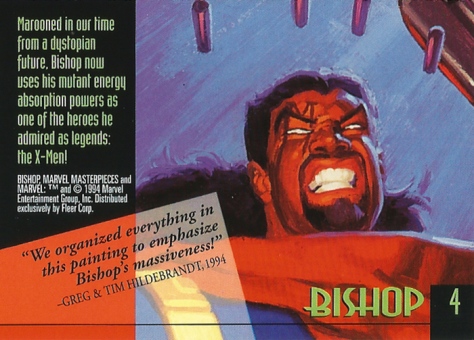 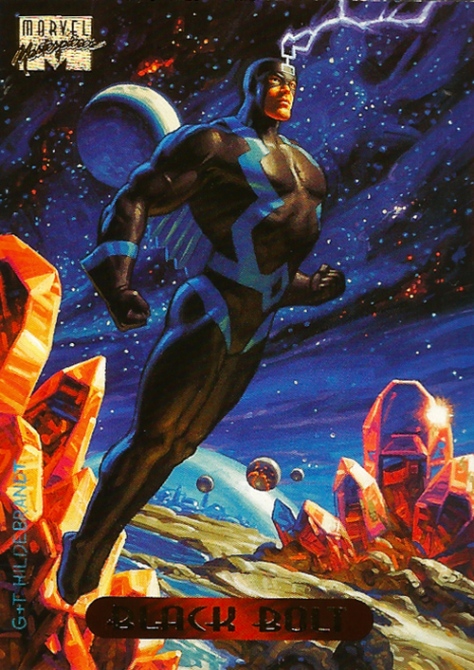 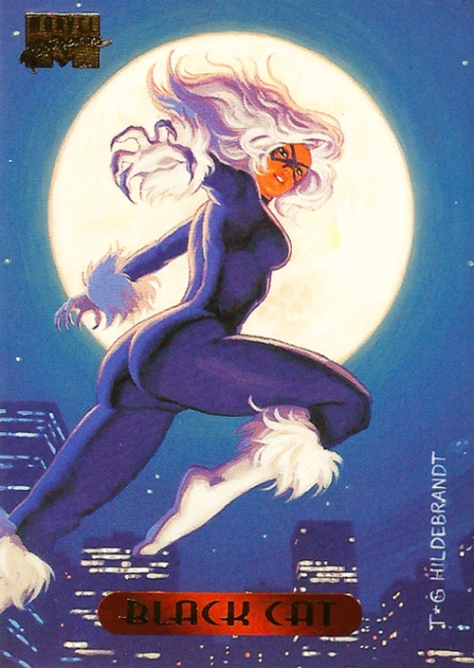 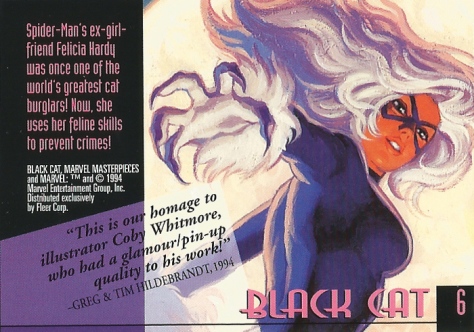 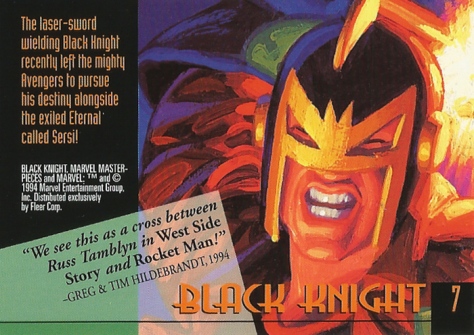 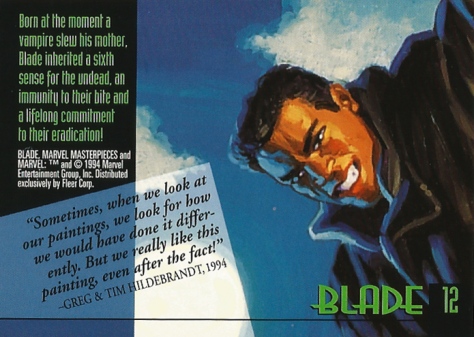 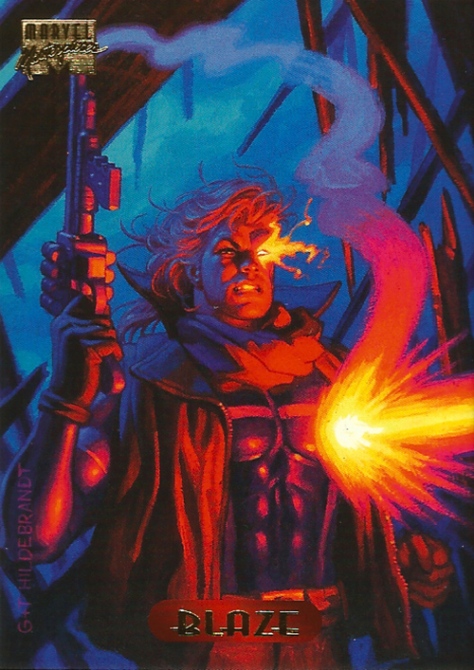 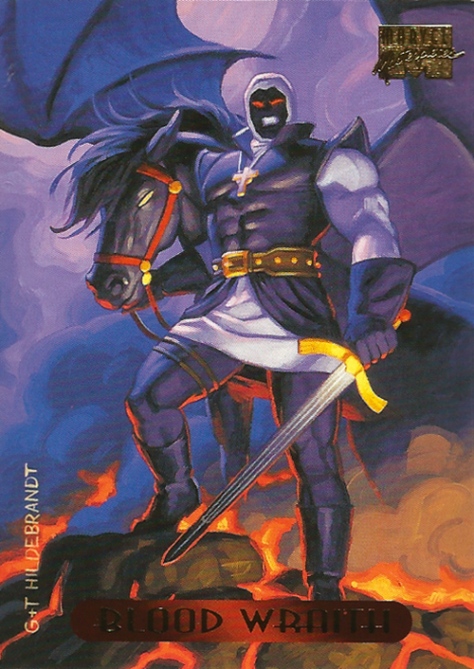 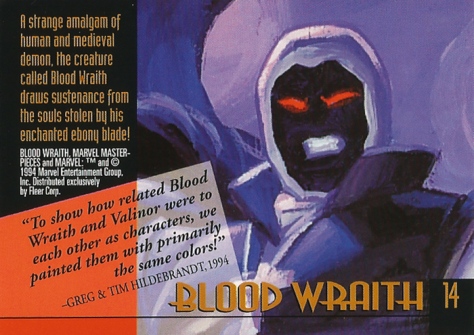 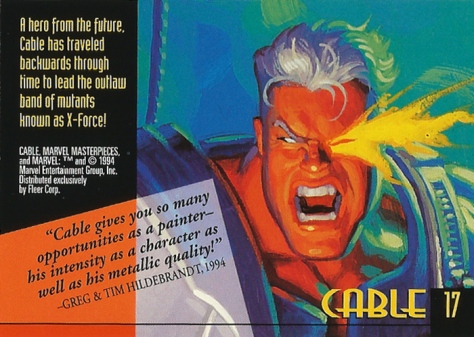 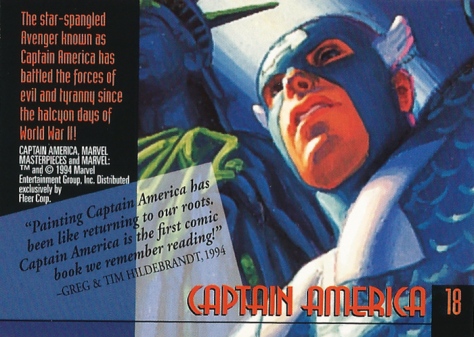 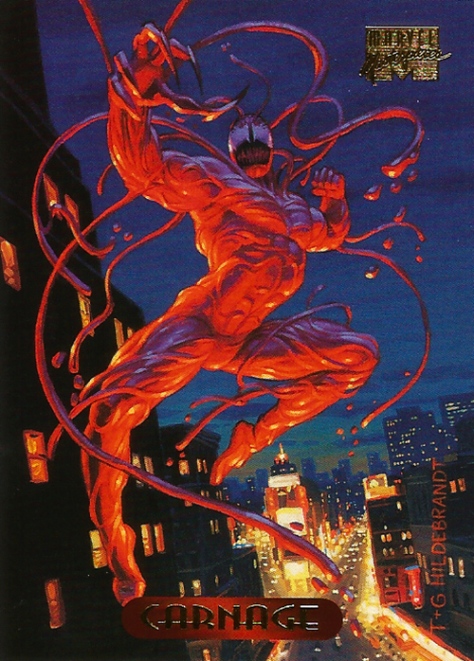 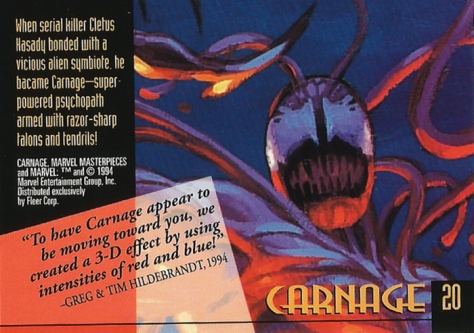 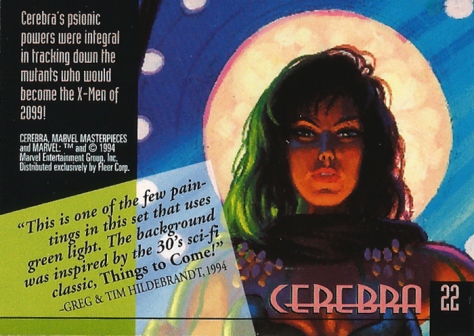 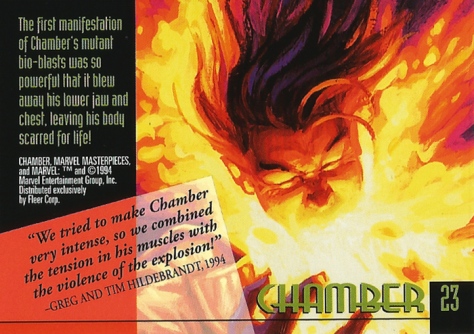 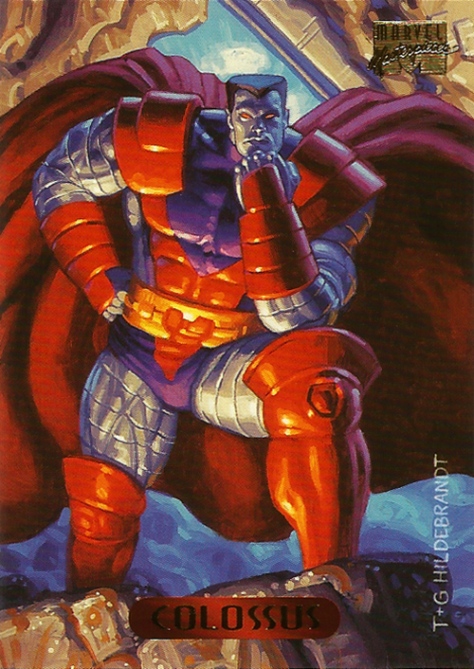