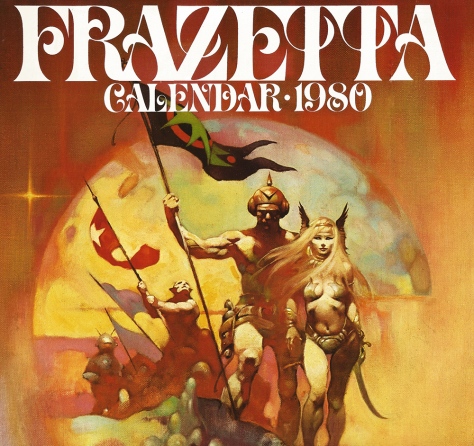 After spending the last few months looking at various action figures, toys and statues I’m now in the mood to post some pretty pictures. So with that goal in mind I’m going take a closer look at the Frazetta Calendar from 1980.

Frank Frazetta (born 1928) spent most of the 1950’s eking out a career as a comic book and comic strip artist. In the early 1960’s he gained international renown for his groundbreaking cover to Lancer Books’ Conan The Adventurer. Frazetta’s interpretation of Robert E. Howard’s brooding barbarian redefined the fantasy art genre overnight, and his eye-catching, brutal, and at times sensual paintings quickly made him the world’s most popular fantasy artist. Such was the artist’s impact on the genre that, until his death in 2010, Frazetta set the standard to which all other fantasy artists aspired.

The Frazetta Calendar 1980 was released by Peacock Press/Ballantine Books in August 1979. It was the fourth calendar to feature work from the fantasy artist (click here for 1977, 1978, and 1979). The calendar featured 13 full-colour paintings, sold for $4.95 and shipped in a cardboard envelope.

The artwork reproduced in the calendar is a bit of a mixed bag. New World from April is classic Frazetta: brooding, sexy and lushly colourful. The two Battlestar Galactica paintings (May and June) are both dramatic and eye-catching, while The Cave Demon (centre spread) and The Return of Jongar (August) show Frazetta at his action-packed best. But there’s also some not-so-good stuff included too: The Tempters (February) and Eve (July) feature two of Frazetta’s cheesecake paintings. As I noted in my previous post on The Frazetta Portfolio 1993 I’m not a great fan of Frazetta’s whimsical nudey paintings — I find they haven’t aged well and, frankly, they’re a bit cheesy.

Peacock/Ballantine didn’t release a Frazetta calendar in 1981, which might explain why the centre spread of the 1980 edition featured the calendar dates for the following year. A Frazetta calendar was published in 1982, and I’ll be taking a look at it some time over the next couple of weeks. In the meantime here are all 13 spreads from the Frazetta Calendar 1980. Please note: some of the paintings feature mild female nudity. 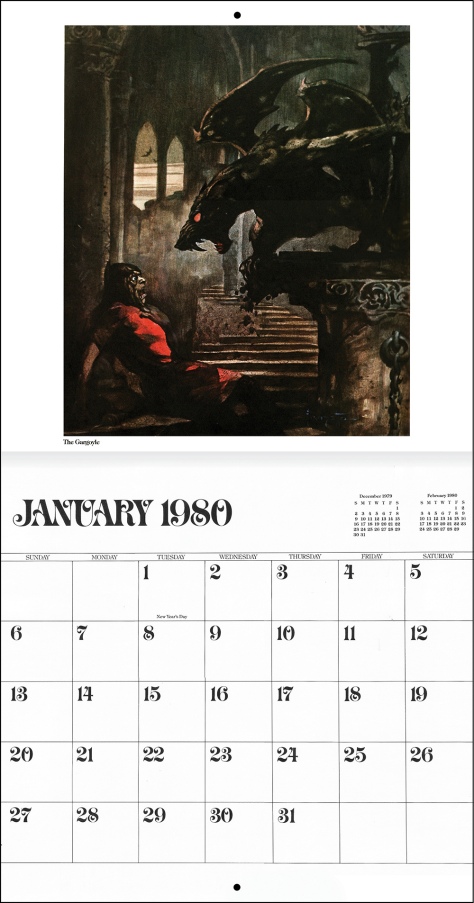 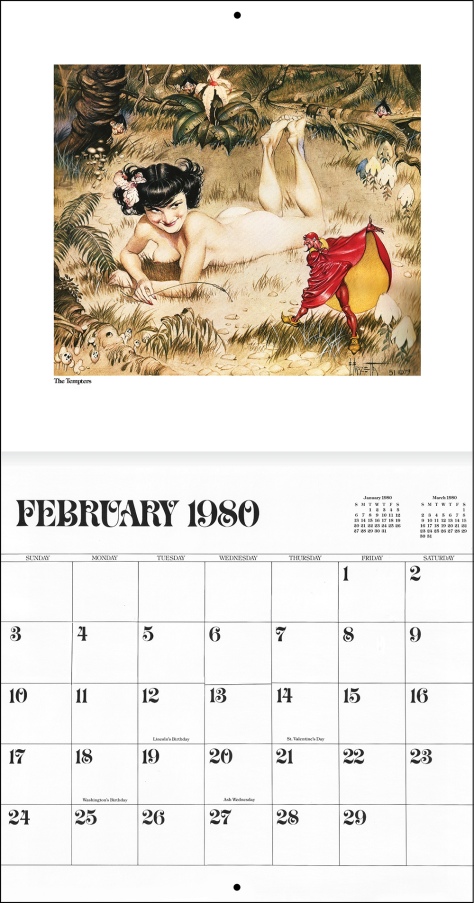 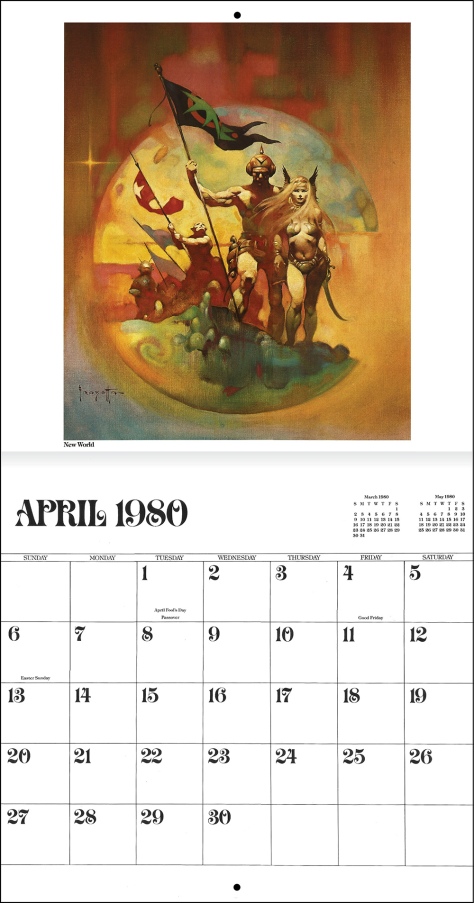 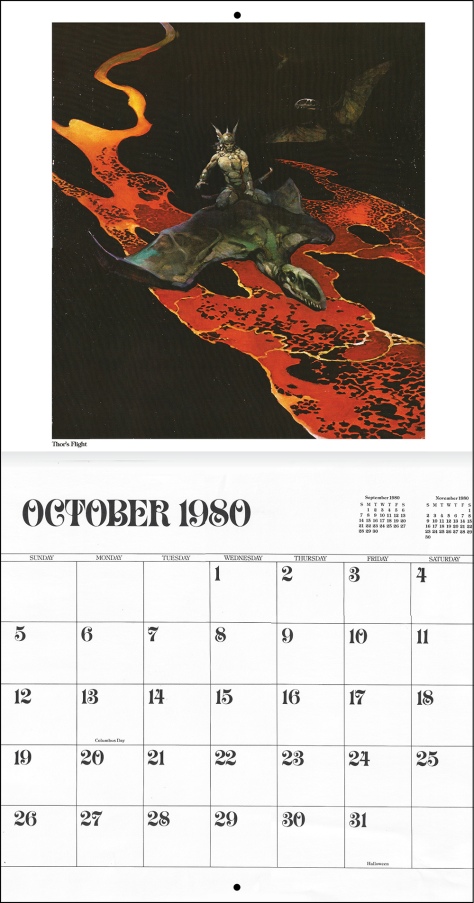 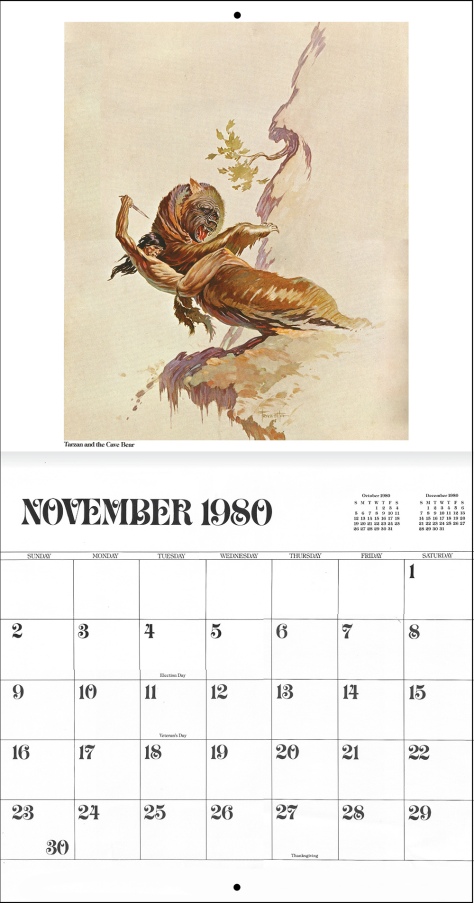