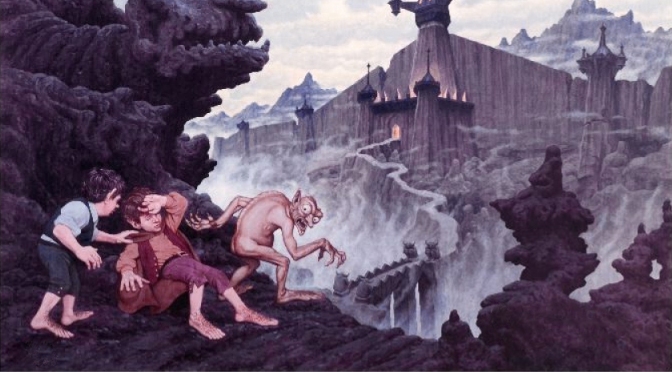 Released by Comic Images in 1994 The Brothers Hildebrandt Collector Cards was a set of trading cards that featured the work of celebrated fantasy artists Greg and Tim Hildebrandt. Here are cards #46-60 from the collection.

The Brothers Hildebrandt Collector Cards comprised of 90 trading cards, as well as hard-to-find foil chase cards and 500 cards hand-signed by the Brothers. Sold in foil packs of ten the 2½ x 3½ inch cards featured a full colour reproduction of one of the Brothers’ paintings on one side, and a short (but informative) caption on the reverse.

Twin brothers Tim and Greg Hildebrandt where illustrators who gained international fame in the mid-1970’s when their 1976 calendar based on the work of JRR Tolkien became an instant bestseller. Around the same time they also painted one of the first Star Wars posters, which only helped cement their popularity. The brothers illustrated two more Tolkien calendars (published in 1977 and 1978), wrote and illustrated their own fantasy novel, Urshurak (published in 1979), before separating in the early ’80s to pursue solo art careers.

There are some notable paintings in the fourth batch of cards from The Brothers Hildebrandt Collector Cards collection. Pillars of the King (card #47), taken from the 1978 Tolkien calendar, is both majestic and striking, while Ghan-Buri-Ghan (#50), taken from the 1977 calendar, shows the Brothers at their classical best. Giant Mushrooms (#52), taken from the Brothers’ Atlantis calendar from 1982, shows the twins’ mastery of light and shadow, while The Discovery (#58) shows their attention to detail. (The Discovery is also notable as Tim himself modelled for Howard Carter). However my two favourites from this batch are City of the Ringwraiths (#57), originally painted for the 1976 Tolkien calendar and Cryslandon (#60), taken from the Brothers’ fantasy novel Urshurak. City of the Ringwraiths is wonderfully atmospheric and brooding, while Cryslandon is fantasy world-building at its very best.

So here are cards #46-60 from The Brothers Hildebrandt Collector Cards collection, both front and back. Cards #1-15 can be found here, cards #16-30 are here while cards #31-45 are here. I’ll post the next batch of cards very soon (click here). 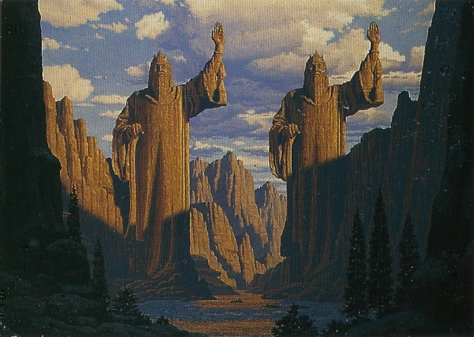 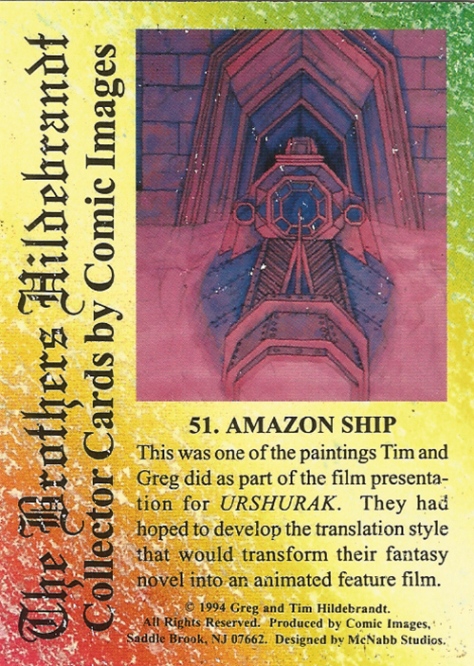 Card #55:  The Nivick and the Faeries

Card #57:  City of the Ringwraiths